Norfolk children more at risk of "exploitation" due to lockdown 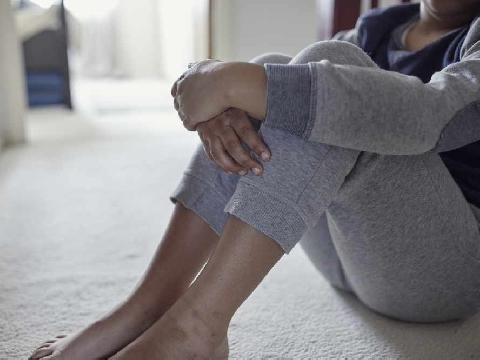 Norfolk’s vulnerable families are facing a litany of problems in lockdown, leaving many children “failed and forgotten” and parents struggling to cope, it can be revealed.

A lack of support triggered by coronavirus has left some parents of disabled children without an unbroken night’s sleep in months.

Meanwhile, families are being “humiliated” by failings and delays of a national scheme to feed children who normally get free school meals vouchers.

And vulnerable children are being referred to social services in Norfolk half as often as before the coronavirus lockdown came into force, it has been revealed.

A 50pc drop in referrals to the county council’s children’s services department has been recorded, as a review of the department’s work during the pandemic was launched.

Officials also revealed just over 40pc of children who were eligible to be in school under the government’s lockdown rules were currently attending classes.

The news follows a report by the Local Democracy Reporting Service (LDRS) into a generation of youngsters being “failed and forgotten” amid the consequences of the coronavirus outbreak.

And county councillors agreed to launch a review into work done by the council to support the most vulnerable children and young people throughout the crisis.

At a meeting of the council’s scrutiny committee, members heard from officials.

Sara Tough, executive director, told members issues were linked to children not being in school, nor having any contact with health or support professionals.

“We rely heavily on our universal services for the normal safeguarding arrangements to identify children,” she said.

And she warned: “We’re planning to manage a potential surge in demand over the next three months.”

Phil Watson, director of children’s social care, said: “We simply don’t know accurately what that surge will look like.”

He told councillors referrals over fears for vulnerable children had dropped by a half.

“We’re not unique in this,” he said. “Demand has rounded down by around 50pc of normal levels.

“Children who are at risk of being exploited, either sexually or into criminal activity in gangs – the current climate is only going to amplify risk and we’re seeing fewer referrals for these.”

Mr Watson added that face-to-face support from social workers had continued for approximately two-thirds of youngsters on child protection plans, while risk assessments had been carried out for other children, with face-to-face visits on a case-by-case basis.

The committee also heard from Chris Snudden, learning and inclusion director, who said the council had taken on a coordination role for schools, which she said did a “magnificent job setting up safe environments” but that education was still “in the eye of the storm”.

Just over two fifths – 43pc – of eligible children are currently attending school in the county. Last week, 42pc of reception children, 37pc of year one, and 50pc of year six were in school, while 38pc of year 10 and 31pc of year 12 were in attendance.

A total 11,500 children of critical workers have been in school, with just under 1,300 children with a social worker and just under 1,400 with an education, health and care plan attending classes.

Scrutiny chairman Steve Morphew said: “I am very concerned about how well resourced learners in deprived areas are. They get one shot.”

Emma Corlett, Labour county councillor for Town Close, said there was a lack of respite care for children with special educational needs or disabilities and said: “There are parents who have not had an unbroken night’s sleep for months now.”

Ms Tough said all of Norfolk special schools, bar one, remained open to offer support to families, while risk assessments to resume respite breaks were being done.

And Mr Morphew highlighted issues with the delays over the free school meals voucher programme, and said: “Some of it was quite humiliating for them. I don’t want to hear anything like that happening again.”

The council said issues with the service had been fed back to the Department for Education (DfE), but that the scheme was a “massive ask” for one company to rollout nationwide within a few days.

Councillors voted to set up a children’s services scrutiny sub-committee, to assess the impact of lockdown on the department’s work and how children and families had been affected.