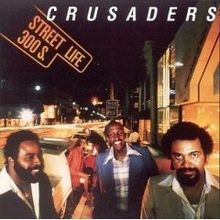 The head of a city homelessness charity has welcomed a £105m funding package to help end rough sleeping but warned there were still challenges ahead.

The government announced the tranche of money for councils to help ensure rough sleepers who have been housed during the coronavirus pandemic under the ‘Everyone In’ scheme did not end up forced back onto the streets.

Housing secretary Robert Jenrick said the funds represented an “unprecedented commitment” from the government, while Dame Louise Casey, chair of the national rough sleeping taskforce, called it an “extraordinary opportunity”.

The Ministry for Housing, Communities and Local Government (MHCLG) pledged the £105m on Wednesday, June 24, but councils have not yet been told how much cash they can expect.

The funding is made of £85m brand new financial support, with the other £20m re-prioritised from existing rough sleeper support.

“The commitment from central and local government has been amazing,” she said.

But she warned that the crisis was not over, with the severe economic impact of the pandemic yet to fully filter down to those at risk of becoming homeless.

The charity has worked with the city council throughout the pandemic to secure permanent homes for 47 rough sleepers – with 23 people yet to be housed.

The council also helped nine people into housing who were in “real danger” due to their status of no recourse to public funds – meaning they were not eligible for the normal benefits system.

She said: “We need to recognise that Norwich is a flow city – and we will always have new people coming onto the streets.

“Our job in the medium term is going to be really challenging, as these people will need support.”

She added that St Martins’ accommodation was currently operating at full capacity and that the charity urgently needed at least another 20 beds and support to offer “wraparound” services.

The government also plans to deliver a further 6,000 homes in the long-term, but Dr Sheldon warned “new units aren’t going to be available tomorrow”.

She added: “It’s not just about housing – a roof over someone’s head is the tip of the iceberg.”

A MHCLG spokeswoman said funding amounts would be agreed with councils “in due course”.